I grew up without a father, but my mom married a man who was a family friend when I was 11 years old and he immediately set about to teach me and help raise me. This man was a father to me, regardless of blood ties and he showed me how to be a man and the meaning of sacrifice and love. In November he was hospitalized with a host of maladies and a few days ago, the hospital said they did everything they could for him and it’s only a matter of time before the inevitable.

His liver is failing, his white and red blood cells are plummeting and his platelets are dropping. He has fluid on his heart and lungs and he cannot get kidney dialysis in full, as his blood pressure keeps dropping to dangerous levels. He is dying…

They are releasing him to my mom to take care of him in his final days and my uncle and aunt are going to be helping her through it all. I have four kids, a wife, and live all the way across the city, literally over an hour away, or I’d be there myself to help. He is not yet dead, so we’re planning on copious visits to have him see his grandkids and son a bunch.

So I’ve been dealing with a lot… I haven’t been on social media much, I haven’t updated my websites much, and I’ve been spending a ton of time with my family. I’ve submerged myself in working out, health, and fitness, music, and meditation to help take my mind off of everything. Honestly, my mind is a mess at the moment, but I’m trying to keep it together for everyone else… my own version of “smile now, cry later.”

My dad’s mind is also going south a bit, he doesn’t always recognize where he is, on the phone, he calls his wife (my mom) mother when his mother and father died over 30 years ago. The doctors said it’s due to an excess of calcium that’s holding sway over his mind and keeping him in a dazed and confused state. It’s tough on everyone, but we see glimmers of him through all of that, we know the real man behind the mental fog.

I have thousands of memories of him and I’d like to share some of them here with you. 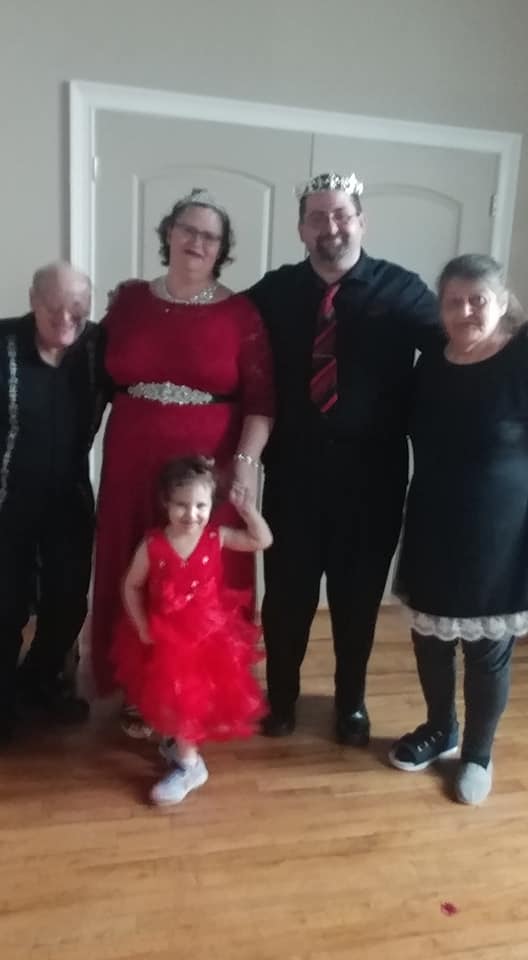 That’s him to the far left at my wedding reception, which I am so glad to have memories of him being there. At the wedding ceremony, he was so happy and proud, at the reception he was in awe at how nice it was (thanks to some truly special friends of ours). We had a ton of food and the hall was behind a church from the 1700s attached to a cemetery that was even older and grand.

In the 90’s he won a contest with Blockbuster video to fly to North Carolina and see Paul McCartney live in concert, all-expense-paid… he took me. He knew I love music and he chose to take me and have some bonding time and it was something I will never in my life forget. It was also my first time on an airplane and that was so much fun, especially that we flew on a jet, a crop duster (not kidding), and a couple of large 747’s.

Once when he worked security, I showed up to visit him and drop something off and all of the guards were terrified (I’m a rather large bloke). They told him that I looked like a wrestler or Mafia enforcer there to hurt someone and he said, “That’s my son!” They apologized to me and let me in to see him, but it’s a story he and I are both fond of telling.

There are so many memories we’ve had, but now it’s time to make some more last and special memories.

6 thoughts on “Death and dying”