Why technology? Why do I specifically focus on technology and a technological future, to usher in a new age? The answer might surprise you… 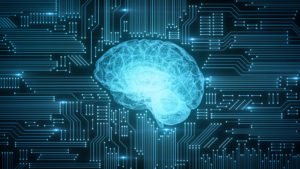 Technology is rapidly moving forward and over the last few years, it has grown by leaps and bounds. Robots can do many jobs that would put humans out of work, from auto parts manufacturing to fast food…and it should!

There would still be a need for people to design, build, and program robots, jobs would still exist, but do we really need to work today? Sure, some jobs are necessities, however, I am of the belief that if something can replace the need for humans to work 40-60 hours a week for bare survival, it should. Those out of a job or just those who do not elect to work should thus be given a living stipend for housing and food and such.

Humans take time to find what they want out of life, what they desire to do and become, but jumping out of school into a meaningless job for the rest of your life keeps that from ever happening. Giving a set amount to a person to live from allows them to search, to find out who and what they are and what they are good at and want to do in life. How many people sacrifice their dreams for a “decent job,” they’ll also sacrifice time with kids and loved ones to go to daily?

All of those, “I hate Monday,” memes were created by those whose spirit died trying to survive in a world that says everyone must work. All of those, “I live for Friday,” memes were created by those who crave being able to be around their loved ones or to engage in a hobby or interest. How many times have you heard, “I love working in fast food,” or, “Stocking shelves at the local grocer is terrific,” in your life?

How many artists, musicians, singers, authors, etcetera that could have literally been the ones to change the world, or at least create a masterpiece, lost their will to create due to working so much? How many potential nurses and doctors, lawyers, and great statesmen gave up those dreams for bare-bones subsistence to “get by?”  The fact is, millions give up their dreams daily, broken by a system that says you must pay to exist.

Finally, I ask you this, how many lives have been lost to depression, due to money, working a dead-end job, and even when working 40 hours a week, not being able to live, just survive? No, I’m not tugging at heartstrings, no I’m not a bleeding heart, I am a social realist who sees that society and culture are broken and only technology and accepting true and drastic change can fix it. This is a fact!

No one should need to pay to exist, period… but we’re told we have to. If every human being got a livable amount put onto a card each month, they would have time to do what they love, be with loved ones, find out what they’re good at, and do it. What we currently do is put children in school from ages 5-17/18 then tell them to go into debt going to college or go get a job. We tell children to spend 95% of their lives in school, get good grades, focus on school, then expect them to know what they want to do or become… or just go get a meaningless job.

High school graduates do not generally know what they want to be, half of them don’t even know if they want to go to college let alone to study what. Even those who feel the pressure and go to college, after graduating are seldom sure of what they want to do, or if they can even do it with their qualifications…but now they’re in debt too. More pressure to just get a job and work forty plus years to retire and get far less than they made working and have to budget tighter.

What about those who know what they want to do and have jobs/careers they love? Well, they will of course make a lot more money, can buy a bigger house, nicer vehicle etcetera. The human spirit is being crushed today, we work more than the peasant class during the medieval era and live less well to boot.

Our governments tell us they couldn’t afford to do it, but look at the waste they spend money on, including their own bloated salaries. I’d rather spend money on improving the lives of all humans, than on ninety-percent of the tripe waste that it’s spent on today. I would rather house, feed, clothe and give healthcare to people than to waste it on war and the idiotic bloat they call budgets.

Why technology? Technology is supposed to alleviate human suffering, improve the lives of humanity, and help us to live better, not to be a mere commodity or for mindless entertainment. Technology can and should replace jobs that are meaningless, dangerous or tedious, jobs that otherwise humans wouldn’t want if they didn’t need them.

People are afraid of change, cognitive dissonance right now is telling a lot of you that what I’m saying is wrong in some way, because you were raised in a system that says, “go to school, get a job, neglect spending time with your family, pay taxes, retire, struggle, and die.”

Why technology? Because I have a vision of the future that isn’t this… that is more, better, and human-focused through the full application of technology. A future where we can find ourselves, find out exactly what we want out of life, where the human condition doesn’t find itself stifled in the mire of meager survival.

That is why technology!