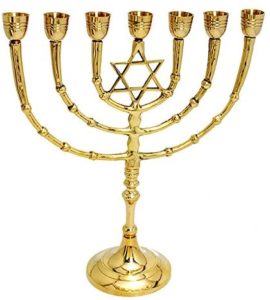 One thing a lot of people misunderstand about Judaism is when they read in the bible or hear from someone that the Jews are God’s chosen people. Does this mean they get special privileges or that they are better than others? No to the contrary, but because this is such a misconception, I felt it pertinent to write on the topic here. So what does this actually mean?

To broach the topic, it is important to understand the context of where this comes from. Deuteronomy Chapter 14 says; “For you are a holy people to Hashem your God, and God has chosen you to be his treasured people from all the nations that are on the face of the earth.” Genesis chapter 17 says; “And I [God] will establish My covenant between Me and you [the Jewish people] and your descendants after you in their generations, for an everlasting covenant, to be God to you and your descendants after you.” Jews being the first people of the one God of many names, they were chosen to enter into a direct covenant with God and thus became the proverbial torchbearers of God.

So doesn’t this mean Jews are better than others, or that they are more special in some way?

No, all it means is that the Jewish people have formed a direct covenant with God and that they are entrusted to teach, learn, and grow closer to God. In fact, this is more of a responsibility to God than special privileges passed down, a responsibility to represent God, to do God’s commandments [Mitzvot], and to be a beacon for God on the earth. In a lot of ways that is special, but it is special in a way in which God has given that much trust to the tribes of Israel to bear his sacredness and holiness upon the earth and to represent the essence of what and who God is to the rest of the people of the earth.

You will find in the Koran and the Christian bible the same quotes about the Jews being the chosen people of the lord, but without the Jewish people, there wouldn’t be the beautiful Koran or Christian bible. Jews paved the way for the trinity of the major Abrahamic religions, this is because the Jews were the chosen people, chosen to bear the weight of God’s word and will on the earth. So when you hear someone say the Jewish people are the chosen people, they aren’t saying that the Jews are better than anyone, they are saying the Jews are chosen by God to do his work, and that God loves them for it.