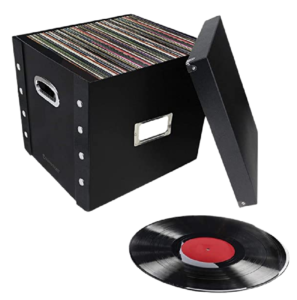 “Snap n store,” it sounds kind of like those late-night ads with Billy Mays (RIP Playa), it was also promised to hold a lot of records, 75 of them in fact… but… did it live up to its promises?

Okay, let’s get this out of the way, this thing was a spectacular suck fest, it defied the laws of physics by both sucking, and blowing simultaneously… it was a complete and utter craptacular suckporium. Ah… there… I feel a bit better now… on with the rest of the review.

The biggest problem with this… box, is that the very gimmick “Snap n store,” doesn’t work at all, as if you grab it by the handles, pick it up or drag it to move the heavy 75 records it is reported to hold, the snaps come undone and your precious records get dropped all over. I had only about 40 records in it and I couldn’t move it an inch without all of the buttons coming undone, like Enrico Eglesias’s pants in a room full of lusty old women. I hate this thing more than 80’s rockers hated running out of Aquanet!

The snap n store now holds handtowels in a closet, which it is barely qualified to do, with its “snaps,” still coming undone like a Karen in a managerial convention. The snap n store gets; 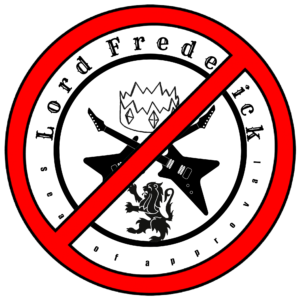 For being about as useful as a sandpaper condom, but if you have some weird fetish with things that are useless and perform like they were designed by the kid eating crayons in school, you can check it out here.