War…what is it good for?

War makes people rich while killing children, innocents, wounding, maiming, and crippling soldiers, hey but at least people who invest in the war machine are making a pretty penny…am I right? War has been an aspect of humanity since we first stepped out from the caves and no civilization, culture, race, nationality, has been free of egregious atrocities. It always begins the same too; the demonization of a whole group of people, their sovereign government, and minor back and forth skirmishes that lead to full-scale war.

The funny part (if there is one) is that often times the people of these nations don’t want war, we see the humanity in the other side and are empathetic, it’s our governments who want war. Ask yourself, the government officials do they send their own families off to war? Do they send their children, fathers, brothers, and sisters to the frontlines? Sometimes (oftentimes) war is fought over resources such as oil, poppies, gold, etcetera.

Do you feel that your child dying or losing their legs is worth protecting oil fields? How about killing children and innocents to ensure a resource belonging to another country, is protected and captured? Soulless governments are the ones responsible and who want war, those same governments who couldn’t care less if your loved ones are killed or hurt, or if entire populations are mauled on the opposing side.

Today, war serves the purpose of the few, to make money, take resources, insert puppet regimes under the guise of liberation and freedom, war is no longer for defense, it’s no longer to save or help allies, it’s for greed!

The people vs. Govt.

The people have the power, in the end, we are many, they are few, and the government is supposed to serve the will of the people. When a government wants war, it is the right of the people to say, “No!” and to stand en masse against the warmonger’s plans. If they want war, let them go and fight it, let them lose their families, war is a futile and juvenile effort at best.

I’ve helped soldiers who’ve lost their minds (depression, PTSD, etcetera), limbs, eyes, hearing etcetera in wars in which they were wholly lied to and made to fight. This is the government, this is why the government needs to be made to execute the will of its constituents and not scheme and plot at our expense. Worse still, when these damaged men and women come home, they are given a pat on the back and substandard healthcare to heal through the V.A.

This has to end yesterday!

…but will it end? No, it most certainly will not end, not as long as they play race against race, the left/right paradigm, and have all of the little lemmings fighting amongst themselves. While we hate one another, they do whatever the hell they want to, without regard for the will of the people, this includes stripping away your rights and full-on human atrocities.

It’s like a schoolyard fight, one child starts a fight between two others, then they and the rest of the school join in shouting “fight, fight, fight!” meanwhile the child who started the ruckus is going through backpacks taking what they want undisturbed. All this from your friendly, well-dressed, neighborhood government official! 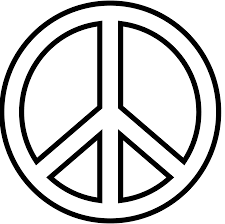 In the words of John Lennon, “You might say I’m a dreamer,” and this much is certain… but I damn well know I’m not the only one. If so much money wasn’t wasted on the war machine to kill people across the world, what would our own countries look like? A lot of societal maladies would poof, disappear almost overnight, such as homelessness, people not being able to pay for healthcare, hunger, etcetera.

So, what would that take?

This isn’t and has never been you vs. me, it’s always been us vs. them, but people were too blind looking for scapegoats they were told to look for. If you look hard enough for a bogeyman everyone is telling you is hiding under your bed, sure enough, you’ll eventually find him.