By order of the king, Lord Frederick William Cook, in accordance with the micronation of Newfredland, we hereby establish the sacred order of the knights of Newfredland. The individuals of our knighthood shall be those who are the protectors of the virtues upon which Newfredland was founded upon. Knights are those who fully espouse the founding principles of Newfredland and who are shining examples to all others. A knight of Newfredland is trained in arms and is prepared to defend the national interest, royal family and its people from outside invasion. The requirements of a knight are;

● Black belt in the martial arts (any system) or three years of boxing, collegiate
style Greco-Roman or catch wrestling.
● Weapons training.
● Exemplary character.
● Steadfast dedication to the principles of Newfredland. 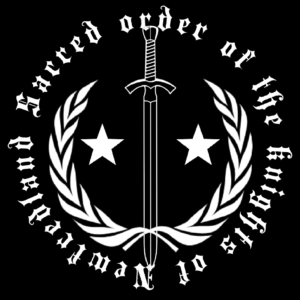