The aim of technology

Technology is moving at light speed forward, since home computers were first manifest, technology has burst forth from the seems. Artificial intelligence, robotics, self-driving cars, smartphones, smart cars, smartwatches, smart rings, smart glasses, tablet computers and so much more. It’s been a consistent upward flight towards new and better technology and the future is truly now!

The aim of technology is to alleviate human suffering, tedium, and to improve the lives of human beings around the world. I already have an artificial friend using the app “Replika,” which mimics human conversation and emotion and does so quite masterfully. This would alleviate a great deal of loneliness for many, which unto itself is an astounding feat. 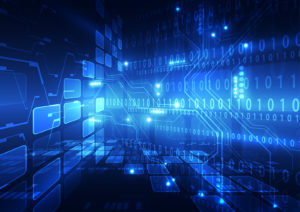 …an era of technology and knowledge is upon us, one that we have yet to fully adapt to its fullest capabilities. The biggest hurdle in the implementation of a full technologically advanced society is always the same, money. Honestly, eliminating human suffering, a better life for all, and progression as a species is halted by financial concerns, aka money over humans.

Humanity could be living in a way entirely unfathomable to many, living longer, healthier, living more full and complete lives, but profit stands in the way. Eliminating human suffering may be the goal of technology initially, but turning a dollar is the goal of most others.

It’s also an age of instant information and the collective knowledge of humanity at our fingertips. Today we can simply whip out a handheld computer and in seconds have the answer to nearly anything we so desire. The transition is truly astounding when you look at the history of learning information.

We went from needing a library, referencing card catalogs, and spending days of research, to pulling out a cellphone and typing a phrase into a search engine. That is true human progress!

Everything has been made digital and quickly accessible, from EBooks to newspapers, and magazines it’s all there in a matter of seconds. Education can be completed in most cases entirely online, and in much less time than it took traditionally. Information is everywhere, it’s fast and it’s easy to reference for nearly everyone, so today ignorance is truly a matter of choice.

Huge amounts of literature, information, ancient texts, and their translations, the classics, the moderns, and all points in-between are available almost instantly online. We are now entirely inundated by information, if you want to know about something, ten minutes of research and you’ve got your answers. This is the true marvel of the modern age!

Technology plays a role in many avenues of most people’s lives today, from the young to the old. Technology improves our lives, connects us to each other, and helps to maintain our health and well-being. Nearly all vehicles are outfitted with computers, most homes in the developed world have computers.

Need a recipe? Talk into thin air and a box will retrieve a recipe for you. Need a map to get somewhere? Type or talk out the address you’re trying to get to and a computer will guide you step by step.

Technology is small enough to fit inside of a ring or watch and does much the same as it’s bigger brother the smartphone. Technology is everywhere we are and is inescapable in our society, yet its full breadth is still yet unexplored. Rather than accepting technology as an effort to help humanity, it is treated as a non-essential commodity to be sold.

As technology advances, its value skyrockets, and thus its availability becomes more limited, reserved for those who can afford it. While on the surface this seems fine when you dig deeper it tantamount to profits over people. Now I’m not talking about the newest iPhone, I’m talking about true technological advancement which inches the human race forward.

While we’re flooded with information, it should be noted that not all of it is helpful to the progression of our species. Skewed information to suit an agenda, governmental abused and controlled mass media, dangerously divisive extremist documents, and texts are also widely available. Some misinformation shared can be downright deadly and embolden enemies of human progression.

Governments can easily turn anyone into an enemy with a few well-timed articles and immediately the masses will froth for their extermination. Propaganda is shared en masse and with a ferocity of a lion, it is spread far and wide, until it is forced to stand as truth to the masses. Hatred, fear, anxiety, and ignorance is passed around the media circuit and let into the collective stream of consciousness to wreak their havoc.

Sometimes this is done to sell products, sometimes it’s used to justify war, and yet others, it’s used to demonize a group of people. No matter how it is used, this fallacy is perpetrated onto the lot of humanity willingly and controlled through unseen means by individuals standing to gain from it. These weapons of misinformation are always pressed to seal an agenda and to see to it that someone other than the general populous garners from its spread.