I felt it was imperative that I make a statement regarding VVOLVEN’s stance on a variety of topics found prevalent in black and death metal both in the past and today. Firstly, VVOLVEN is apolitical and is neither left nor right, we are not communists, nor fascists and in fact, we adamantly despise both. VVOLVEN are equal-opportunity misanthropes and nihilists, we would fight to the death to defend our pack, regardless of the color of their skin or their choices in religion.

VVOLVEN is emphatically not Satanic as well, just as a good many humans of the right-hand path sicken us, so do a good many who espouse the left-hand path… most are festering pustules, full of mental rot and ego masturbation. A good many of those who proclaim darkness would shit their pants if confronted with genuine darkness, and many who profess the light would kill themselves if they were forced to practice their paths verbatim. What VVOLVEN is, is not who the pack are outside of VVOLVEN, meaning the pack may be comprised of VVOLVES who are Satanists, Jews, Muslims, etc… but inside of the pack, we are one body, one mind, one predatory beast.

This is not a gimmick… this is not cosplaying… you will find no corpse paint… no bullet belts… no spikes or swords… the pack can be anyone at any time, this is what makes VVOLVEN genuine and terrifying to the uninitiated. The pack looks out for the pack, VVOLVEN’s fans are the pack, and whatever apocalyptic horrors we release, are for the pack, so in turn, the pack tends to its own.

There is no room for selective hate in VVOLVEN, VVOLVES have fur of many colors and come in many breeds, but in the end, they are each VVOLVES.

This has been A statement from the pack Alpha, 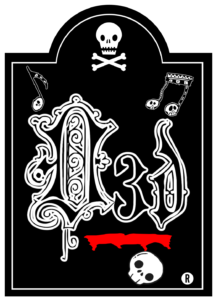