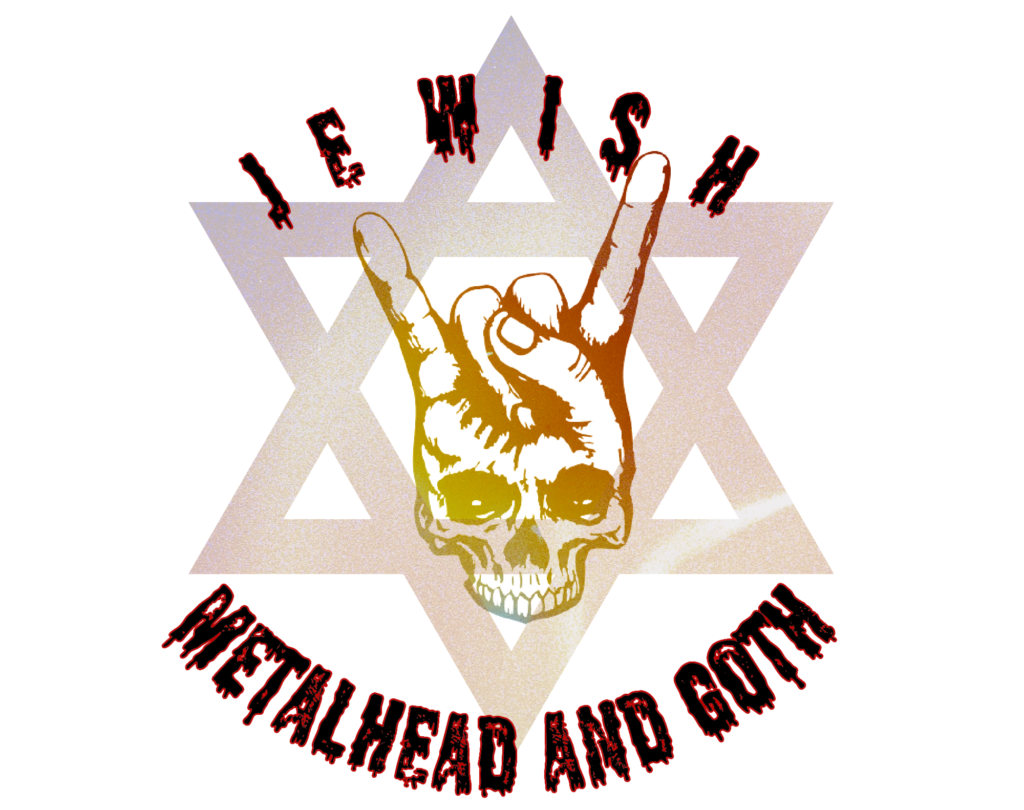 I have been a metalhead and a goth since my earliest formative years, and upon discovering my DNA houses both Ashkenazi and Mizrahi Jew roots (Aside from my majority Irish and English), I converted to Judaism as well. Being a practicing Jew is as important to me as being a goth and a metalhead, they are a part of who I am, my identity, and my self/ego. Though I am a Jew, I am a human being with darkness to express and who enjoys a darker aesthetic and musical preference.

Judaism, being a Jew, heavy metal and even extreme metal, and gothic music and culture, are all not mutually exclusive and in fact, go hand in hand in a great many cases. There are many goth bands, singers, and songwriters, as well as many extreme metal band members who are Jewish ethnically, and some even practice Judaism as I do. I’m proud of who and what I am, the culture and subcultures I am a part of, and I make no qualms about or hide any aspect thereof.

The Tanakh itself is a very dark, heavy metal-esk and gothic text at its root, it’s in no way a book without its darker elements. One of the aspects of Judaism that drew me to it was the study of the Torah and delving deep into the meanings and modern applications of every page of the ancient text, including the darker parts. Many people are greatly misled that if you’re a practicing Jew you have to be all rainbows (Big ups Noah) and gumdrops and listen to Klezmer all day and night (I do enjoy Klezmer too), but this just isn’t so and is blanket ignorance.

You ever get up c’mon get down with the sickness? David Draiman of Disturbed… A Jew. Have you ever WAKE UP…gabaalamadramayomma MAKE UP? System of a down and Serj Tankian is Jewish. Scott Ian of Anthrax, Jewish, Chuck Schuldiner of Death, Jewish, Paul Mazurkiewicz of Cannibal Corpse, Jewish, tons of hair metal musicians, Paul Stanley from Kiss, and the list goes on and on!

There are even several Jewish death and black metal bands in and from Israel (Some have even been so extreme they were kicked out of the country). Just because someone is Jewish or even a practicing Jew, doesn’t mean they cannot enjoy even subversive arts and music, as we are each an individual. I count myself among them, as a proud member of the tribe, and as a member of the metalhead and goth communities and sub-cultures.